Artists work on final details of a 5,000-square-foot mural on the former Osterman Building in Galveston. The mural will be dedicated Saturday as part of Juneteenth celebrations.

Galveston on Saturday will dedicate a 5,000-square-foot mural on the walls of the former Osterman Building, near where Union Gen. Gordon Granger gave the orders that granted freedom to more than 250,000 enslaved people in Texas.

Austin philanthropist Sheridan Mitchell Lorenz, who has strong family ties to Galveston, donated the first money for the mural. Last year during the protests over the murder of George Floyd, Lorenz wrote an article for the Galveston News that inspired Collins to come up with this giant memorial to the 1865Galveston order that followed President Abraham Lincoln's 1863 Emancipation Proclamation, ignored in the South.

The mural “sprinkles the hard bitter truth with sugar,” Adams told The New York Times. “The sugar is the beauty and energy of the mural, while the bitter truth is that for 2½ years, people were held in slavery against a federal declaration.”

These days Juneteenth is celebrated nationally, yet it has a very long legacy in Texas. Austin and some surrounding cities have made it an official holiday. A movement is under way to name it a federal holiday; already some companies have made it a paid holiday.

Mural artist Reginald Adams, left, and Sam Collins, a local historian, stand at the site where the mural honoring Juneteenth will be displayed in Galveston's Strand Historic District.

If you can't make it to Galveston, here are some Central Texas places where you can celebrate the overdue notice of emancipation:

Juneteenth Parade in Austin: The parade will start at 10 a.m. Saturday at Salina Street and Martin Luther King Jr. Boulevard. It will take an immediate right onto Chicon Street, a left onto Rosewood Avenue and another left onto Chestnut Avenue before ending at Pleasant Valley Road. juneteenthcentraltexas.com

Juneteenth Park Festival in Austin: Historically held in Rosewood and Boggy Creek Park at 2300 Rosewood Ave., this fest will start after the parade Saturday. It will include speeches, entertainment and vendor booths. COVID-19 guidelines apply. juneteenthcentraltexas.com

Juneteenth in Manor: Travis County will celebrate "Bring Your Family to the Park" Day from 10 a.m. to 2 p.m. Saturday at East Metro Park, 18706 Blake Manor Road in Manor. traviscountytx.gov

Juneteenth at Pioneer Farms in Austin: “Texas Juneteenth: Amazing History, Enduring Legacy” is a special program on the history of Juneteenth with live music, flags and historical exhibits. It will include sneak preview tours of the nonprofit's Freedman Farm site, where construction is about to begin. pioneerfarms.org.

Juneteenth in Round Rock: The Juneteenth Rhythm and Ribs Festival will take place from 4 p.m. to midnight Saturday at the Lakeview Pavilion in Old Settlers Park, 3300 E. Palm Valley Blvd. roundrocktexas.gov.

Juneteenth in Bastrop: This year's Juneteenth Celebration of Freedom has been combined with the postponed Summer in the City event, so it will stretch from 11 a.m. to 11:30 p.m. Saturday on and near Main Street in Bastrop. The 12-plus hours will include concerts, awards and games, along with food and drink vendors. downtownbastrop.com

Juneteenth in Cedar Creek: This former freedom colony's traditional Juneteenth Celebration will take place from noon to 3 p.m. Saturday at the restored Hopewell-Rosenwald School, 690 Texas 21 in Cedar Creek. There will be barbecue, refreshments and games for the entire family. Former students of the segregated Black country school are invited to share their oral histories. austintexas.org.

Juneteenth in Pflugerville: The Juneteenth Open Market from Noir Creators will be from noon to 5 p.m. Saturday at St. Mary’s Baptist Church, 1202 Russell St. www.noircreatorsspace.com.

Juneteenth in Hutto: This event will start at 10 a.m. Saturday with a citizens' march from Hutto Middle School to City Hall, then continue with an 11 a.m. ceremony and a festival from noon to 6 p.m. Information is available on the Black Families of Hutto Friends Facebook page.

An artist works on the mural commemorating Juneteenth in Galveston. The mural includes Esteban de Dorantes and Harriet Tubman. Viewers will be able to use their smartphones to learn more about the people depicted in the mural. 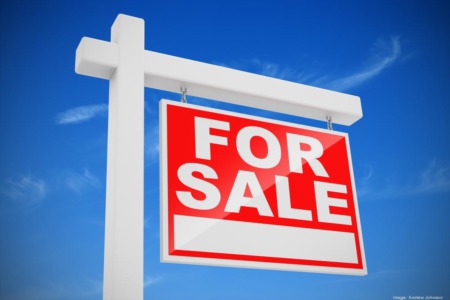 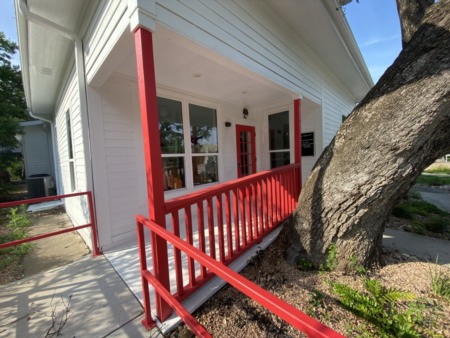 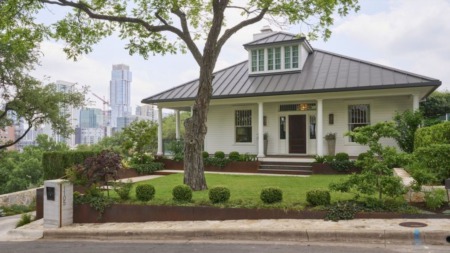 (Casey Woods for The Wall Street Journal) High on a hill above the trees, but within walking distance of downtown, sits a house that epitomizes ...Read More